WordPress or Joomla? Which CMS is better? Looking for a comparison? The story how I changed from LEGO Duplo to LEGO Technic :)

One of our customers sends us a story that he starts with the following words: "How I changed from LEGO Duplo to LEGO Technic with no Ph.D. in engineering nor rocket science in-between". The title may seem to be provoking, however, it reflects perfectly my impressions concerning changing from WordPress to Joomla. But let me start from the beginning.

The main purpose of my site is to provide users with online courses in biology (paid subscription). You can imagine what sort of technical requirements I had in order to build and maintain such a website. Since coding, let alone programming, was like a rocket science to me, and since “half of the Internet world” praised WordPress as the most user-friendly CMS ever, I followed the crowd and got involved with WordPress. I was a beginner and so I needed to piece together a website which would be easily modified and adjusted to growing needs of my site. There it was… simple, easily manageable with tons of plugins, many of which free of charge.

A dream came true. A paradise… or at least so I thought at that time.

Through the tinted glass 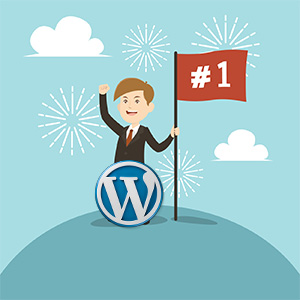 The first version of the site was somewhat “coarse”. It did, however, cater to my expectations and needs. But as the saying goes “appetite comes with eating”. Gradually I craved more. The relatively cheap WordPress theme I applied in my website had a couple of solutions I needed already built in, but soon it turned out that there was a bunch of other things needed which were lacking in the theme. And so I turned to the plugin repository. A myriad of WordPress plugins giving another myriad of possible configurations to expand my site. I started to add on more and more “pieces”.

My WordPress castle expanded majestically with virtually no cost at all. I felt blessed… and blissfully unaware of what was about to come.

The first problems are looming ahead 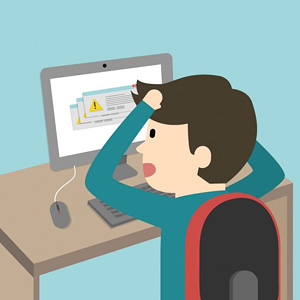 The styling exerted on me the first attempt to coding. What was the CSS and how to deal with it I learned in… action. The delightful feeling of being able to manage the site on my own was challenged by another WordPress theme update. It turned out I didn’t have a thing called child WordPress theme. Oh well, a minor negligence, one would think, well … not this time. I was forced to set up my website from the very beginning. However painful it was, I learned my lesson.

Site building became my little obsession. I dwelled on the subject and soon I discovered what was deterring my website. Ladies and gentlemen the answer was: the WordPress theme. Yes, indeed, my very first friend became my greatest woe. Since I didn’t have enough skills, let alone the time, to redesign it accordingly, I decided to change it. It did seem right move then, all things considered. However, it didn’t spare me from putting a lot of effort into setting up the site so that it functioned seamlessly.

The first strike… or rather attack 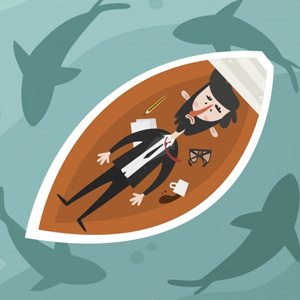 The site worked just fine… until one day I found out why WordPress was considered the most attacked CMS in the world. I was knocked down. Some “thingy” added to the beginning of the code of all the PHP file its “greetings”. Say what??? I won’t delve into the details, let just say the website slowed down and strange things happened. My WordPress fortress collapsed. Before you even begin to wonder, I did have a backup but it, too, got infected. The worst of all, this thingy made itself comfortable at my website a long while before it even activated itself.

When activated, the game was already over. Virtually every single backup was infected. I was left with no other option but to start from the scratch and manually remove all the unwanted pieces of code. It took me 10 days of arduous work to restore the website but I made it. Since this example clearly demonstrated that there is no such thing as 100% guarantee, it left me wretched and lost as for how to protect myself in the future.

My site slowly grows but…

Our site is slowly but constantly growing. We gradually build brand awareness and expand resources available to our students. The site evolves and improves along with my knowledge how to manage it. I manage to avoid previous mistakes but the expansion goes at a cost. I really need to add on more and more “pieces”.

And so, comes a day when I encounter another problem I hadn’t predicted. Different plugins do not necessarily “play along”. It turned out it wasn’t only my problem. I equipped myself with patience and dug again different forums only to come up with the result: that’s the way it is. But then comes another update. HURREY!!! They improved the system’s protection and some “gaps” were eliminated. However, with the new update some of the developers, mainly the authors of the free plugins, didn’t catch up with the changes or simply ceased to support them.

Couldn’t blame them but it made my life harder. I was forced to temporarily shut down the site in order to find those malfunctioning plugins, well, not once. It’s getting more and more troublesome and honestly, I’m pretty sure my users were getting fed up with it. To make things worse, the site slows down dramatically. At times, you simply couldn’t watch the videos.

The wind of change 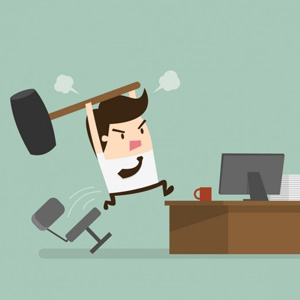 It’s high time to take the pivotal decision. After few years of my WordPress odyssey, encouraged by a friend, I chose to leap forward and leave WordPress. Yes, you do see correctly. I embarked on the revolutionary ship called transition and moved from WordPress to Joomla! Right, you may stop gawking at me with awe and admiration (sic).

Seriously, I had little choice. I had some knowledge of site building and managing. I knew exactly what I needed for my site to function and cater to all my needs. I also knew that remaining on WordPress would be “lethal” to all of us, my users, me and my site. Bring on the champagne, we’re celebrating!

Sort of. I gave myself a month to get to know the new system. I did hope that since I somehow managed to tame WordPress I would be able to repeat it with Joomla! Naive? Have I already mentioned that I wasn’t alone and I had this fantastic “Joomla friends” on my side? No? Oh well, I did. I’m not a suicidal, you know.

It’s a funny thing with Joomla that … it’s not that easy to install it at all. Having support in this matter was quite, I should say, crucial. Hence the Joomla Monster team set up the installation for me so that I could learn the new machinery and test it according to my needs.

Menus, modules and other (Joomla) miracles 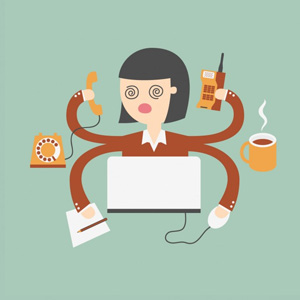 It shouldn’t be surprising to tell that Joomla! was a different world. The first days of immersion seemed like I was learning Chinese. All those fancy codes which left me in blissful oblivion. Having moments of doubts if it’s doable at all, I got down to it, searched for a good tutorial and let myself being led by those who knew the stuff. To tell the truth, there was more than one tutorial, far more. Let alone the unmeasurable support from Joomla-Monster. Eventually, the pieces started to fall into place. I even understood the menus – once again, Joomla-Monster was my savior – and then I had this lightbulb moment.

IT’S BRILLIANT! Joomla! as a tool was fantastic. In Wordpress, there were many things I need which demanded plugins, configuration, combination and lots of time and effort. In Joomla! there were simply there, already prepared and ready to be used. Hallelujah! The scope of this article doesn’t provide me with enough space to enumerate all the revelations I had while discovering the possibilities of this system. To make it short: I was thrilled! 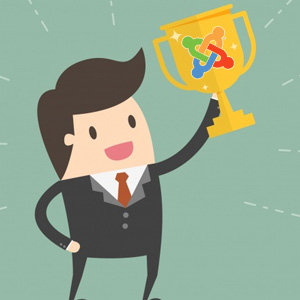 Don’t be misled. Joomla! isn’t perfect. It needs plugins which in turn need adjustments and other stuff. But let’s face it – working on Joomla! is way better than on Wordpress. And far more pleasurable ;)

I can’t stop expressing my astonishment every time I discover the how’s and why’s of Joomla! Sleek and neat! There are so many things with which I struggled with WordPress that here I can easily do on my own. It’s flexible and controllable to such an extent I don’t need to worry about managing plugins or so.

To sum up with Joomla 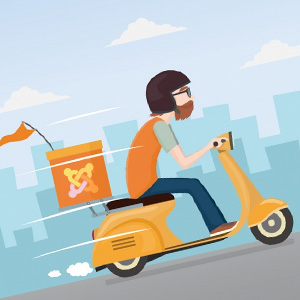 Joomla! is more complex and sophisticated. Yet, it’s more controllable, secure and stable. You can manage it without developer’s skills (to some extend of course). You don’t need to worry about plugins, whether they will work together or do your site harm. I moved my service to Joomla! which is a living proof it’s doable without secret knowledge in programming. It does force you to dig deeper and develop your knowledge since it too has its particularities. However, when you get to know it, get to understand how it’s functioning, you will be overwhelmed by its clarity.

All in all, Joomla! is simply a more mature, or should I say “polished” CMS than WordPress. It demands more from you as a user but on the other hand, it provides you with a lot more in return. I can now confess that I had an episode with Joomla! before I started to work on WordPress.

At that time I didn’t allow it enough time to convince me how great Joomla is. Instead, I chose WordPress as the easy and user-friendly CMS. It’s a shame since surely I would be further with many things than I am now. Therefore a piece of advice from me for those who got this far with reading my article: if you are in the position of choosing CMS, don’t be misled by primary difficulties. Give Joomla! a go and let yourself be smitten by it.

And they lived happily ever after… hopefully ;)

ps. My website https://terazwiedza.pl/  has been created with the Joomla template for startups!

Other websites I created by myself:

Create Your website with US
Use flexible Joomla templates.

Joomla-Monster.com and this site is not affiliated with or endorsed by The Joomla! Project™. Any products and services provided through this site are not supported or warrantied by The Joomla! Project or Open Source Matters, Inc. Use of the Joomla!® name, symbol, logo and related trademarks is permitted under a limited license granted by Open Source Matters, Inc.